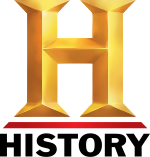 History (formerly The History Channel from 1995 to 2008 and stylized as HISTORY) is a pay television network and flagship channel owned by A&E Networks, a joint venture between Hearst Communications and the Disney Media Networks division of the Walt Disney Company.

The network was originally focused on history-based documentaries, like the aviation show Dogfights and historical fiction series though, during the late 2000s, History would drift into reality television programming. In addition to this change in format, the network is also criticized by many scientists, historians, and skeptics for broadcasting pseudo-documentaries and unsubstantiated, sensational investigative programming.

As of February 2015, around 96,149,000 American households (82.6% of households with television) receive the network’s flagship channel, History.[1] International localized versions of History are available, in various forms, in India, Canada, Europe, Australia, the Middle East, Africa, and Latin America.